Music biz….nothing to do with investing

Great story Alan. Thanks for sharing. Things now seem much more polished and professional – though I’m not using that in a positive sense. It makes me sound old of course but there seems more character and spontaneity in the more analog recordings. I’m sure my dad used to say similar things about my Clash, Jam and Sex Pistols records.

my favcorite recordings were done like a live band with some seperation of the drums, etc. I personally loved standing in the control room with my amps in the studio, patched thru the snake,and playing guitars at volume with the big monitors cranked. what a fun thing!Turn down the lights & open up the courvosier!

WHAT DID YOU SAY??? I COULDN’T READ WHAT YOU SAID!
I hated the music too loud, and still do, because it is all garbled now that my ears are (^&*_’d up.
God forbid you get a head cold or have sinus problems. I had to leave a Bonamassa concert because my head was going to explode from the pressure.

Hmmmmm…that sure came out wrong. Should be something like, “I couldn’t hear what you wrote”.
Maybe damage to more than my EARS…… huh? why yes, I am a little hungry!

I think things seem more polished coz they are done on the home computer….so one has lots of literally ‘free time’ to go over and over. In those days you were charged £100ph so you accepted what came out in the time available. Clash was another band I sat in on. I had come from an age of ‘melody’ so I had a lot of difficlty adapting to so called ‘punk’. I got it later….but too late.

What great memories you have! I am a child of the 70’s and huge music lover, so am duly impressed with your tales. Also, enjoy your comments over on the Biotech thread, which I also read obsessively, checking in several times daily. A lot of excitement going on over there. Good luck with your investments (getting back into Benitec should be easy with dips coming up -no sweat -hopefully(fingers crossed) cause I want to buy more as well!) and thanks for sharing.

How nice of you…who was your fav act?
Good luck with the Beni dips.

My favorite act now is Dr. KSS ha! But as far as musical acts well from the old days the Stones, Fleetwood Mac, Eric Clapton (and all his bands :)) Stevie Winwood and the Pixies, just to name a few. You mentioned Phil Collins. I have always loved him too- he seems like a nice person, though I have nothing to base that on just a hunch.
Time to get back into Beni …$1.65 dip today!

OK. So you would like to have been at the recording of some mega hit record. Well heres your chance to take a front row seat. The levels are all over the place so I suggest headphones …….and a double scotch seeing as you dont smoke grass.

Alan,
Great story.
What a damn small world and how cool is it that my 12 year olds walk-up song, when he goes to the plate to bat is- Bang A Gong!

Thanks for that, Alan. Can’t even imagine having memories of actually interacting with greats like the Beatles, ELO, Troggs, etc. That is just too cool!
Closest thing I would have to compare is being in the same auditorium with His Holiness the Dalai Lama, a couple years back.

Wow, your mentioning of ELO just brought a flashback. I was 16 and was lucky enought to have a brother that was a Ski Patrolman at Snowbird Utah. I got to visit him one christmas vacation for a week. I slept in the closet of the employees dorm room style apartments. The closet was outside the apartment on the otherside of the hall. I still get a kick out of it because I had to slide into the sleeping bag like sliding into the units you can rent to sleep in Japan! Just a long box. These apartments were on… Read More »

I know it will sound extraordinary with hindsight, but we honestly didn’t imagine that this stuff would be remembered in 2 yrs let alone 40+…..there was really no precedent other than classical music and Elvis. If I had realised, trust me, Id have kept better diaries and all the out takes to sell on ebay. Jeff Lynne, if I remember correctly, was not a trained musician nor could he write music scores, so he had to explain all these arrangements in language and by strumming to the arrangers/musicians etc. Its also interesting that Marc Bolan plays guitar on certain tracks… Read More »

Alan – I have to take issue with your first sentence about precedent. American jazz was certainly around and prior to Elvis. The Big Band Era as well. In your part of the world, Ted Heath was big time then. I grew up listening to the big bands from Benny Goodman to Shorty Rogers. I think this may have given the musical background to make me appreciate a broad spectrum of music, with the possible exception of Rap, which I don’t fully understand. Where I lived as a youngster the opportunities were great for a music lover, with which I… Read More »

Alan, thanks for the memories. I’m about the same vintage, so I remember those groups, we called it the British invasion. My kids now listen to some of the same music I did way back when. I am curious if you ever ran into someone who became a friend of mine here in Vermont. He is quite a character, claimed to know Clapton, Stewart, Fleetwood and more. Designed clothes for the stars, had his own shop on Carnaby. Colin Bennett by name. Has had some struggles, but has managed to outlive a lot of those from the London of the… Read More »

Regrets I dont know him by name…..having no memory for names, nearly everyone I met was called Mate. I used to work in Carnaby St on Saturdays for (genuinely) the oldest tobacconist in England. That’s how I got into the music biz……I went to fill their ciggy machine in the studio and busted into a George Harrison recording. If he worked there, he will remember Inderwicks….it was a Dickensian shop full of wooden barrels. Happy daze.

jer_vic Thanks for link I like Stewart and his later standards.

Alan I do not know if you are aware that Hugh Laurie has been stateside pursuing blues
and is a credible blues artist, Triangle from Memphis to Baton Rouge to Pascagoula has been a place of ferment for blue,s jazz, rag, folk, western, country, and bluegrass music.
Combination of Celtic melody African Rhythm, Creole, Cajun, all sung to the beat of the human heart has transformed music. The truly international language. I am older than Elvis and love music.

One of the few pictures of the whole Pink Floyd together
#PinkFloyd
Roger Waters, Nick Mason, Pink Floyd and SydBarrett-PinkFloyd via Pink Floyd ‏@Just_pinkfloyd https://twitter.com/Just_pinkfloyd/status/791489597666578432 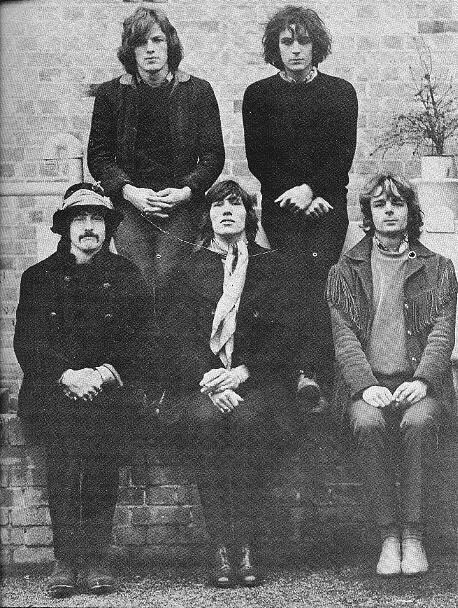 Thank you for sharing, Alan. 🙂
Kick back, listen to some tunes and share your favs: http://www.stockgumshoe.com/2016/05/microblog-magical-music-mystery-mining/ Best2All ~ BenJammin’

Alan Just read this for the first time and not sure how I stumbled on it….but a wonderful story. My youngest son is a senior in High School and came home the other day and said for one of his classes he has to pick a “conspiracy” to write on and offer his opinions to it. He chose Paul McCarneys death back in 1966, I don’t know why. I always enjoy a good conspiracy so I thought I would help him choose some good sources to go to as research….well I’m sorry I did. I can’t believe all thats evolved… Read More »

Wfuiii, this is sorta ironic… been interested in getting the facts on this as well, for many years. Hope Alanh shall assist us in the endeavor. Best2You, big Alan and all.~ Ben 🙂

Alan, Thanks a lot for sharing. Just stumbled over the link today on the main thread. Reading your story brings back so many fun, crazy memories from two summers in London i 68 and 69. Carnaby Street and Kings Road were HOT – and so were I;) The first summer I was chaperoned by my 2 year older brother and the leash was tight. It was still fun. I made sketches of Mary Quant dresses and other cool stuff and went back to Denmark and made perfect copies for myself. Ended up creating a cool little business at the age… Read More »

This is what happens when you don’t read SG every day. I had no idea you created this spot. Now I’m going to sit back and read the article, i’m sure I’m going to love it.

Great stories, Alan, many thanks for sharing them. Of all the famous people you met, who would you say was the nicest/strangest etc?

Great stories Alan. I know what you mean about the moog beasts. They actually just re-released that modular monster, albeit not the same , hopefully with a bit more stability. I’ve got a collection of old keyboards that would love to poop out the second I needed to use it. My prophet 5 comes to mind. I played in a progressive rock band many years ago, never got further than a letter from Phil Collins saying he listened to the music and was going to forward to his people (nothing came out of that), and getting to the finals of… Read More »

Thank you for sharing this, Alan. Really enjoyed it. Added even more color and texture to the alanh canvas!

Alan, it was barely suggested and here it is, your music autobiography. I sure enjoyed my coffee this morning! Thanks for sharing.

Here’s my Phil Collins story. My best friend sends his pre-teens to Miami Country Day School. Several months ago, the father of one of the kids brought in a few of his friends because they all needed to practice together in front of a live audience before taking their show before a paying audience. The kids were treated to a performance that their parents or grandparents would each have to pay $100 for a few nights later in a much larger venue. The school has numerous alumni scions of famous rockers including members of the Rock Pantheon. One day I’ll… Read More »

My claim to fame is that at school I had a Latin textbook that had previously been the property of Peter Gabriel’s brother! Unfortunately it wasn’t enough to propel me to stardom…

I spent years in the music biz trying to “make it” writing and recording songs while supporting myself playing in clubs and special events like Frat parties and such.Finally moved to Nashville to give it a shot after most of my 30 years spent in New York. even audtioned for John Lennons backup band, but was told I didn’t look the part( hair too short or some b.s.).In nashville I hooked up with a group that travelled doing nice clubs in hotels all over the country, and made a decent living while getting to see the US from a van… Read More »

Too kewl chief!
Put some of those #Tunes up or visit and post to “Magical Music Mystery Mining” Please. 🙂 #Best2YouAlwayz – BenJammin’ 🙂
https://www.stockgumshoe.com/2016/05/microblog-magical-music-mystery-mining/
#Music #BestOfTheBest #YES!

Good morning Benjammin…thanks for the reminder for this thread……lighting up my morning with music!! thank you!! smiles n hugs

What a great read Alan. Thank you VERY much for sharing and posting.