Ed Note: This article was previously published on the writer’s own website.

Redfin (RDFN) is a Serenity level holding in the Freedom Portfolio, and it holds a special place in my heart. About a year and a half ago I decided I wanted to get more serious about investing and to start really digging into companies, reading their earnings reports, listening to the earnings calls, and reading up on what other analysts were looking at. Redfin (named for “Real Estate Redefined”) was the first company that I decided to try it with and so even though it’s only a Serenity level holding, I still find myself rooting for it harder than I do for some of my larger positions.

I believe that one of the keys to successful investing is controlling your emotions and I definitely acknowledge that having such a strong emotional attachment to a holding (like I do with Redfin) is dangerous. However, I also realize that sometimes you just can’t control how you feel, and in those cases being aware of your emotions and how they could possibly bias you can be just as important. I can’t help but be at least a little emotionally invested in Redfin and wanting it to succeed. At the same time, I can acknowledge that my judgement could be affected, which is why having it be a Serenity level holding seems like the right size for now.

I first stumbled upon Redfin while house shopping in 2012. While I really liked the townhouse that my family was living in, it was something that I had bought before marrying my wife, and she wanted some place that felt more like “our” house (as opposed to her moving into “my” place). We also felt that, with a growing family, we would want a larger house with a bigger backyard in the near future, so we started looking at a single family home to buy.

Early in the process I tried a number of different websites. I used Zillow and Realtor.com and a few others before finding Redfin. Once I discovered Redfin, though, it pretty much became the primary site that I used to search for house listings. Every part of the experience just seemed flat out better than its competitors. Their listings always seemed the most up-to-date and always seemed to have the most information (pictures, school rankings, price history, lot size, interior features, etc). I also found their app to be the most useful of all the ones I had tried. We were already using a friend as our realtor, so I didn’t even consider using a Redfin realtor, but I still found the site to be immensely helpful for keeping tabs on houses that we were looking at and being alerted to price drops or houses being taken off the market.

Fast forward to 2017. No longer being in the market for a house, Redfin had completely slipped from my mind until I heard about their IPO. As I mentioned before, around that same time I was getting more serious about investing and was looking for a good company to dig into. Redfin seemed like the perfect choice. It was a company whose product I enjoyed and with which I was already somewhat familiar with. Also, since it was a new IPO with a relatively small market cap, it felt like an under-covered company as well.

I really liked what I saw, and ended up starting a small position in early 2018. It was a position that I would add to two more times throughout the year.

It’s worth a little time explaining what makes Redfin different from their competitors. Redfin claims to have “invented map-based real estate search in the US” and was established before the introduction of Google Maps. Unlike their major competitors (Zillow, Trulia, Realtor.com) whose business models largely revolve around advertising, Redfin operates a brokerage and has their own real estate agents and therefore makes money when users buy and sell home with them.

This may seem like a minor difference, but it can have important implications. Companies like Zillow are incentivized to make business decisions which allow them to get more money from advertisers. This isn’t always what is best for the visitors to their website (the people who might otherwise be thought of as their customers). Redfin, on the other hand, is incentivized to do get their site visitors (and app users) to buy or sell a home using their realtors.

It also means Redfin is competing with two different types of businesses. While Zillow and Trulia might seem like their main competitors due to their similar websites, it could be argued that Redfin’s true competition are the real estate brokers (of which Zillow and Trulia are not).

Redfin is different from their real estate broker competition as well. Most realtors work on commission alone. Redfin’s agents are paid a yearly salary with benefits and are graded on customer satisfaction. While it varies depending on the market, Redfin also generally offers lower commission fees than its competitors, which can end up saving customers thousands of dollars. They also offer extra services like their concierge service where, for a slightly higher commission fee, they take care of cleaning, small improvements, and staging so that the house shows well when it hits the market. They’re even rolling out the ability through Redfin Now to sell your house directly to Redfin in order to avoid the hassle of putting it on the market. Lastly, Redfin has invested in things like Redfin Mortgage and Title Forward to create an all digital closing process and reduce complications for their customers.

All of these things give Redfin a distinct advantage over their competition and puts them in a unique position. They claim to be able to sell homes faster and for more, while also boasting favorable customer satisfaction and repeat business numbers. They can also claim having five times more traffic than the nearest brokerage website (since, as it was mentioned before, Zillow and Trulia are not brokerage websites). All of this adds up to a potentially highly disruptive company in the massive housing industry. 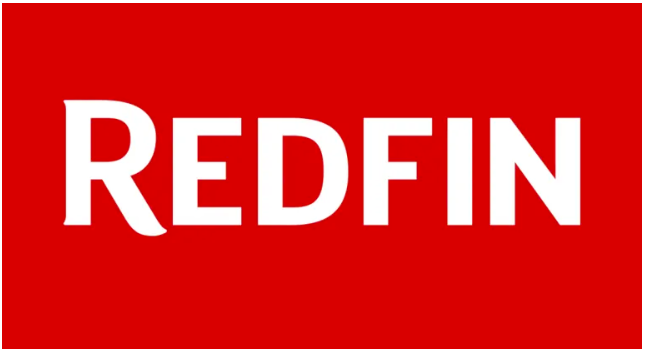 Redfin is still a small company in the early stages of growth, and they also recently began a relatively expensive marketing campaign to help increase awareness of the services that they have to offer. As a result, I’m far less interested in metrics like revenue or profit right now and am instead interested in seeing how they are doing in terms of growing market share. Here are my three main takeaways from their most recent quarter:

In my opinion, the most important stat is the last one, although it’s worth noting that U.S. market share decreased from last quarter (0.85 to 0.81). Management said it was an anomaly, but it’s definitely something I’ll be keeping an eye on for next earnings call. Losing market share would be a huge red flag for Redfin.

It’s a little hard to measure how much of a moat that a company like Redfin has. Buying and selling a home is a pretty rare event for most people, occurring possibly only a few times during the course of their life with potentially decades in between home purchases. Can a moat meaningfully exist when there is such a long period of time before it is tested?

Still, I think there’s a good chance that Redfin has a stronger than average competitive advantage that can help sustain it over the years. While most realtors at other companies work on commission, Redfin makes a big point about tying the success of their realtors with the satisfaction of the customers they serve. As a result, they’ve consistently had a Net Promoter Score (which is a measure of customer satisfaction) that is considerably higher than the traditional brokerages which is their primary competition. As I mentioned above, their easy to use website and app are also helping them grab eyeballs and the company has invested heavily in what they tout as “an entirely digital home buying experience” thanks to their Redfin Mortgage and Title business.

Any one of those things might be relatively simple to reproduce or even beat Redfin at. However, I believe all of those advantages put together is what gives Redfin a fairly substantial advantage over its competitors.

Redfin could’ve been a pretty disruptive and competitive company just by pairing their website and app with salaried realtors graded on customer satisfaction and charging lower commissions. However, they weren’t content to rest on their laurels and instead worked towards establishing other products like their concierge service, Redfin Mortgage, and Redfin Now. Even though I can’t quite envision what other areas they can branch into, I like that history of trying new things.

On top of all of that, the housing market itself is fairly cyclical and can rise and fall based on things like consumer confidence and mortgage rates offered by the banks. All-in-all, while I don’t think there’s anything with Redfin’s business model that is too hard to understand, there’s enough complexity that I don’t feel good giving them a higher score than 3 right now.

When I wrote about The P.A.U.L. System, Redfin was the example I used of a company that had a huge runway in front of it, and it’s easy to see why. Their market share in the US is still under 1% despite consistent year over year growth. They could triple in size and still be a fairly small player. They could grow 50% a year for the next 5 years and still have under 10% market share. And that’s only in the US. They recent expanded to Canada as well. While their website continues to attract more and more eyeballs, they’re still a fairly distant 5th place in terms of overall web traffic among real estate sites, which is another potential growth driver for them.

There aren’t many companies that I own that have a longer runway in front of them, which is why I’m confident giving Redfin a perfect score here.

A pretty good score, and I think it’s a fair one even despite my admitted emotional attachment to Redfin. This is definitely one that I am excited about holding for the next 5-10 years and seeing where it is.

We use cookies on this site to enhance your user experience. By clicking any link on this page you are giving your consent for us to set cookies.