Who wins in Stock Gumshoe's 13th running of the Golden Gobblers?

This year has seen more than its share of wildly successful investments, largely playing off of the pandemic — led by biotechnology stocks trying to treat, fight or prevent COVID-19 infections, and the (mostly technology) stocks that rode the accelerating adoption of remote work and play in the wake of “stay at home” and “social distance” orders from health officials.  You know the names… Fastly (FSLY), Zoom Video (ZM), Avalara (AVLR), The Trade Desk (TTD), Roku (ROKU), Novavax (NVAX), Moderna (MRNA), Inovio Pharmaceuticals (INO), and so many more.   Newsletter editors will be crowing about their success with these investments for years to come, so there’s little risk that we’ll forget the wild runs that many stocks had in 2020.

But that’s not what brings us here to give thanks this week… this week we’re here for the turkeys.  It’s time for our 13th annual Turkey of the Year unveiling, in which we identify the teaser pitch that provided us with the worst-performing, most-overhyped or otherwise just the goofiest gobbler of the past twelve months.  We try to avoid those that were just bad luck or bad timing, like maybe a hotel or travel stock that might have been recommended in February, but, like creating a great Thanksgiving dinner, it’s not exactly science.

This honor is not bestowed lightly — to be named Turkey of the Year in Gumshoedom, you must have been a truly awful stock idea, chosen within the last twelve months, and, preferably, you should stand for all that is entertaining (and misleading) in stock newsletter teaser ads.

Most years, we’ve got plenty of candidates… over-promised technology names, failed biotech trials and over-hyped mining stocks tend to fill out the bottom of the Teaser Tracking spreadsheets here at Stock Gumshoe in any given year, with the occasional smattering of fraud and bankruptcy, so who are the most promising nominees for our annual prize?

The time frame we work on is “about a year”… but it wouldn’t be fair to call out a Turkey just a month or two after it is teased, so we actually usually go from September to September to see what pick to highlight.  And that means there are a few marijuana teaser picks from last year that could get into the running, like Flower One or Halo Labs from a Matt McCall “Marijuana Moonshots” teaser pitch in the Fall of 2019, but most of the candidates were teased in 2020 (and, to be fair to Matt, his four picks teased in that pitch included two 80-90% losses and two near-100% gains, from Innovative Industrial Properties and Planet 13 Holdings, so the “moonshots” come out close to even at this point). 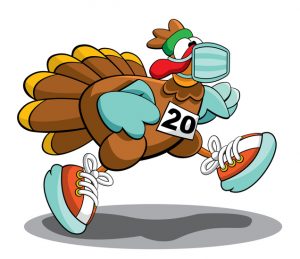 But this year is different. It has been maybe the worst year for real life that most of us can remember… but it has also been among the best years for many investors, so the worst performers are not quite as bad as is typically the case.  Teased stocks tend to be story stocks and interesting names, not the boring “old economy” stocks that are harder for copywriters to “sell” (and had a harder time for parts of 2020), so the performance of the teaser stocks we track has actually been quite phenomenal this year. The big challenge for most of the stocks near the bottom of the tracking spreadsheet for 2020 (so far) has not been that they showed a huge nominal loss, few are even close to 50% losers, the challenge has mostly been that the relative performance is bad for some.

This is, frankly, a shock to the system for your friendly neighborhood Gumshoe — I can’t think of another year when there weren’t at least a few real train-wreck 80-90% losses on the spreadsheet by this time in November, or when we’ve ended the year with the average teaser pick beating the S&P 500 (that’s where we are today, about 55% of the stocks teased have beaten the market average — usually, that number is closer to 35% at the end of the year… and we also have an unusual number of 200-300% gains in these teased stocks).

So in this lucky 13th year of the prize, our Turkey won’t be a full-on disaster… just a relative one. For much of the year, just picking an S&P 500 index fund would have given you great returns, so picking something that’s even mediocre, let alone actually a poor investment, was enough to show a relative loss of 60, 70% or more even if the stock only really lost 20-30%.

Gilead (GILD) is one example of that — the stock was teased by Ray Blanco at Agora back in early April because of its Remdisivir drug that was an early COVID-fighting candidate, and the stock at the time was bid up because of that enthusiasm, priced around $77 a share.  It’s still in decent shape, down about 22% in the $60 neighborhood, but because you would have gotten a 40%+ return just from buying the (then beaten-down) broader market at that time, that’s a huge opportunity cost loss — compared to buying the S&P 500 on that same day, your Gilead purchase choice led to a ~65% loss.  (Blanco’s other COVID picks at that time were identified here as Regeneron (REGN) and Inovio (INO), both of which also disappointed from that inflated starting point… but not quite as much.)

But while it clearly got a little overpriced because of the COVID enthusiasm, just like the vaccine and other “COVID story” names did, I really can’t call a 20% loss in Gilead the “Turkey of the Year.”  We’ve got to have at least a little more dramatic weakness in the nominal returns… and on that front, we’ve got a few reasonable choices:

There’s Frank Curzio’s repeated pitch of Wrap Technologies (WRTC) in June, when it was near $10 a share… but, to be fair, he has also been pitching that one pretty consistently for more than a year.

And we’ve got Jeff Siegel’s pitch for Captiva Verde (PWR.CX, CPIVF) in his “Magic Molecule” spiel (now updated to be “Molecule 520”), though that’s obviously a teensy high-risk stock, and was a secondary penny stock pick in that ad, his first pick in that pitch has so far done very well (that’s MindMed (MMED.NEO MMEDF), the “magic mushrooms” idea, obviously highly speculative but currently one of the top performers for the year).

Some consideration was also given to George Gilder’s pitch for QuickLogic (QUIK) in his “15G Moonshots” pitch in April, but that one didn’t stand out as being particularly over-hyped, it was a little bit of a guess on my part, and it was a nanocap stock at the time (market cap was around $35 million, now $30 million), and, perhaps more importantly, it wasn’t really the main focus of that ad (Gilder pitched seven or eight stocks at the time, this wasn’t a headliner in the spiel). 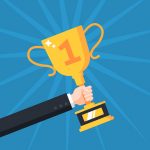 But our winner, and the one that stands out just a little bit from the pack, is a stock that was pitched as perfectly poised for the technology trends that we all see, and should have finally become a splashy and exciting idea after so many years of disappointment… and yet, it didn’t (and it’s now back to below its 2010 IPO price again).  Our Turkey of the Year for 2020 is Limelight Networks (LLNW), teased by Andrew Snyder over the summer for his Manward Letter.

This is one that I feel a little bit bad about, to be clear, because it’s not an obviously disastrous idea… and  maybe one  of the others would have risen to the top spot if I were looking at this on a different day.  That’s the risk of the scientific analysis behind the Turkey of the Year call which, under the benevolent dictatorship that is Stock Gumshoe, is pretty much “whatever Travis decides.”   This is the first time I’ve picked a “Turkey of the Year,” in my memory, that I’d also say it’s a a stock I’d be willing to take seriously if I were analyzing it today.

I wouldn’t buy it, to be clear, but I’d take it seriously.

Here’s a bit of the beginning of Snyder’s spiel from back then:

“Amazon, Apple, Netflix and others have invested BILLIONS of dollars in this ‘Atlas Technology.’ And now – because of COVID-19 – an obscure leader in this explosive field is set to skyrocket.”

And here’s what I wrote in my Quick Take for the Irregulars when I posted that article, on July 1: