Looking into Nick Hodge’s “Crypto66” and a “Bizarre Crypto Opportunity”

This is the ad that readers have really been asking me to look at over the past few days:

“JUST OPENED: A weird window of opportunity that is so rare and unprecedented it could turn every $10,000 you invest into $230,000

“Bizarre Crypto Opportunity Gives You the Chance to Own Bitcoin and Other Cryptocurrencies For Less Than $1.00….”

And the ad has been perfectly timed to attract attention during the recent rise of bitcoin, and the attention-getting Facebook Libra cryptocurrency chatter.

Pretty much every publisher that includes a mention of bitcoin claims that their particular expert newsletter guy is a “world-leading expert” on cryptocurrencies, which is not something I can claim, so you’ll have to take my commentary with a grain of salt… but we can at least identify what Nick Hodge is talking about in this ad. Ready to join in the unraveling?

Hodge starts with the braggadocio lead-in that is so typical of the industry:

“There are perks to being one of the top financial analysts in the world.

“You shouldn’t even think about buying a single bitcoin or ANY other crypto unless you know the insider’s secret I’m going to disclose to you today.”

I don’t know Nick Hodge, I’m sure this is partly a marketing persona and he probably wouldn’t talk like this in person, and I’m not at all a violent guy, but here in conservative rural New England that kind of bragging would probably get a punch in the face (unless you’re Tom Brady, of course).

The real driver of all ads like this is “FOMO,” of course (Fear Of Missing Out) — all the people who missed out on becoming Lamborghini-driving bitcoin millionaires last time around are probably fretting about missing it again as bitcoin recovered a bit this year… so we’re all primed for this kind of salesmanship now.

And perhaps what’s more galling is the promo stuff where Hodge takes credit for huge gains at Natcore and Stellar Biotechnologies in the past — those are both stocks that we covered when they were teased by Hodge and others, and they did post some quick rises in share price as a result of that attention, but both were disastrous when it comes to the huge long-term gains that were promoted as possible.

So we’ll provide some perspective, since he brought those two up — maybe this will help you to slow down and think over any investments that sound so compelling in “story” form.

Stellar did yet another 1-for-6 share consolidation and merged with Edesa Biotech (EDSA, formerly SBOT) a little while ago. Back when Hodge teased the shares, they did spike up about 200% from the time that he first touted them… but he kept that promo rolling for a long time, and it is now down 97% from that initial price (or 99%+ from the peak), and he and Michael Robinson (selling his own newsletter) touted and teased it many, many times in 2013 and 2014. Here’s what that looks like in chart form: 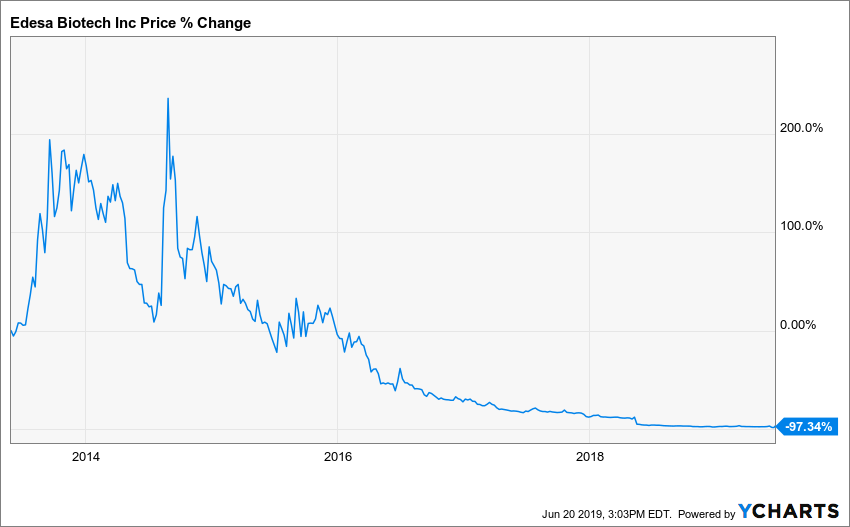 And Natcore (NXT.V, NTCXF) is another that has proven the adage that “you’re never down so far that you can’t fall another 90%” — we first saw Hodge’s pitches on this one back in mid-2012, and his attention did cause a spurt in the share price, almost a quick double, but then it drifted down in fits and starts, and is now down 96%. We don’t know when Hodge recommended Natcore to his actual subscribers, but here’s the performance starting the day we first saw it teased as his fave stock and covered it here at Stock Gumshoe: 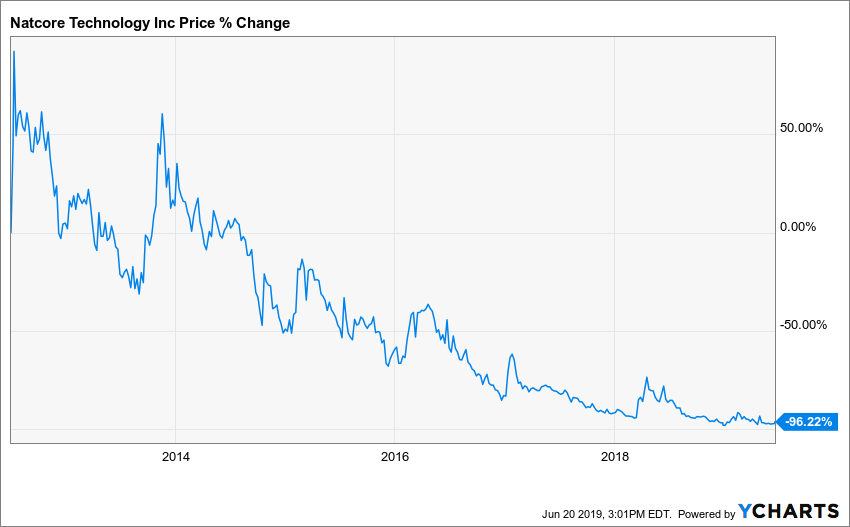 So… what is it that this “one of the top financial analysts in the world” fella wants us to buy now?

Well first, of course, is his newsletter, Early Advantage ($1,999/year, though unlike many high-end letters he does hold out the possibility of a refund if you’re not satisfied) … but the pitch for the newsletter dangles out the promise that he’ll be revealing for you the super “Crypto66” deal that will give you “the chance to turn every $1000 you invest into $23,000…”

Sound good? Sure, who wouldn’t want a huge return like that?

What is he actually talking about? Well, let’s check out the spiel… here’s a little bit:

“Now just to be clear: this is a completely new crypto investment.

“And that to me is the ultimate crypto calamity.

“Because what I’ve uncovered and have been cleared to disclose to you is as lucrative as it gets.”

What could be more fun than being in the informed 0.01%, right? What is it?

“… it allows you to legally buy the hottest, most profitable crypto for less than a dollar.

“So you can own cryptos at a small, tiny fraction of what everybody else has to pay….

“So you can own the most explosive cryptocurrencies on the market today at yesterday’s prices.”

And yes, since this is a top-secret newsletter spiel, the investment has to have a mysterious name…

… and a probably-made-up deadline, to encourage you to pull out your credit card quick, before you have too long to think it over…

“Because of a little-publicized event — taking place by June 30th — this rare chance to bank big crypto gains could disappear forever.”

He even shows a photo of a secret building, near the arctic circle, where this Crypto66 pheonomenon is emerging…

“…. behind this fence topped with barbed wire and crawling with security is what I now believe will be the biggest… most lucrative… call I’ve ever made….”

“You do NOT need to have a special ‘digital wallet.”

“You do NOT have to worry you’ll get hacked.

“You will NOT be subject to anti-money laundering statutes.

“You can NOT have your money stolen from you.

“You do NOT need a ‘virtual private network.’

“And you do NOT need to know a thing about blockchain.”

While still giving the impression that you can just invest in this whatever-it-is and somehow get cheap access to all the hot cryptocurrencies:

“Or any other hot crypto with one click of the mouse.

“That’s how simple Crypto66 is.