Nick Hodge has been touting “next big thing” materials stocks for as long as Stock Gumshoe has been around, from rare earth magnets to graphite and uranium and lithium and cobalt and pretty much any other heavily-hyped stuff you might imagine digging out of the ground… and his latest pitch is about what is arguably the hottest commodity out there this year: Vanadium.

So what’s the story? What stock is he pitching, and does it look interesting? Let’s run through the clues in his ad for Early Advantage ($1,299/yr) and see what we can find as he promises “3,900% Gains On the Vanadium Battery Boom.”

The ad starts out with an exciting “secret,” of course…

“Forget lithium or cobalt for a minute. An unusual fuel that powered Ford’s Model T over 110 years ago is now set to repeat history.”

And we also get a more mysterious tease…

“And on November 30, an unusual Chinese move will set it on an unstoppable path to global energy market domination… kicking off explosive, 40-fold gains overnight.”

Those are all references to vanadium, of course, which has been primarily used as an alloy for steel — in very small amounts (less than a quarter of a percent), it makes steel more resilient, rust resistant, and stronger, and in higher amounts (1-20%, depending on application), it makes precision tools and knives much harder and more wear-resistant.

And yes, Henry Ford was the first American industrialist to use vanadium in a meaningful way — he saw vanadium alloys being used in some race cars in Europe, and commissioned steel mills to develop new steels for his cars using the metal, so vanadium was part of what made the Model T chassis lighter and stronger. In the hundred years since then, it has gone into wide use in a variety of industrial applications… but the primary use is still as a steel alloy.

Which is what the November bit is about new construction rules in China — they are requiring that new buildings use rebar that has a higher vanadium content for increased strength and stability, and that has been all the chatter in the vanadium industry (small though it is) for more than a year. The deadline was actually November 1, I think, not November 30, but the exact date isn’t particularly important — this decision was telegraphed well in advance and coincides with the closing off of some vanadium production from dirtier facilities in China, and that combination of factors has spurred several new or restarted vanadium projects around the world this year — as well as causing profits to jump at the few actual primary vanadium producers in the world.

Vanadium is abundant in the earth’s crust, but not by itself — it’s mostly mined from vanadium-bearing magnetite in South Africa, Russia and China, and it’s also present in bauxite and coal and crude oil, so it can be produced by some refiners as well. So it’s not particularly rare, but mines that primarily focus on vanadium are rare, which means that the price is probably sometimes driven by things other than supply and demand of vanadium itself (mining and production decisions at many producing mines might not be made because of the price of vanadium, but because of the price of whatever the primary products are, whether that’s iron ore or uranium or whatever else).

And yes, the new rising demand for vanadium beyond Chinese rebar, or at least the expected rising demand, is for vanadium as a component of the Vanadium Redox-Flow Battery, which is seen as having great potential for large-scale grid storage of electricity.

But enough lecture… what other hints does Hodge drop about this particular investment? Given his history, I’m betting he’s got a vanadium miner in mind… more from the ad:

“Right now, this fuel is quietly emerging as the “hero” of the next auto revolution.

“Whereas it once powered the Model T mega-trend…

“It’s set to power not just the new electric car, but the new solar, wind, and energy wave of the 21st century….

“I’m not talking lithium or cobalt. Or graphite either — although I was one of the first analysts to deliver big wins from all those resources for investors.

“Instead, this fuel is much rarer and much more lucrative on the global markets.

“And in the battle for large-scale battery supremacy, it’s NO CONTEST….

“On November 30, a scheduled move by the Chinese government will set it on the path to energy dominance.

“If it seizes just a small fraction of the battery storage market… demand will surge by a stunning 30,000%.” 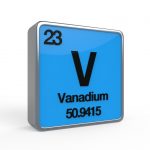 Huh, so maybe he’s talking about something to do with Chinese battery incentives instead of the rebar rules — the latter is what’s been mostly moving the price this year, and has mostly been the focus of the few mining stocks who are pitching themselves as vanadium plays, but maybe there’s something else going on, too.

“On November 30, This Chinese Government Move Will Instantaneously Double The Price Of Vanadium

“A new Chinese law is set to dramatically improve the quality of rebar steel.

“China’s current steel is set at a much lower grade.

“In most of the world, rebar steel is set at a higher grade. One that requires two or even three times the amount of vanadium.

“The new law will make Chinese steel on par with the quality of Europe and the U.S.

OK, so we know that this is the main reason vanadium has been rising in price this year, but we also know that major industries don’t turn on a dime — and they plan. The Chinese steelmakers won’t just wake up on December 1 and say, “gosh, we better buy three times as much vanadium!” They’ve been planning, suppliers have been planning, and the rise has been strong and steady and partially speculative, but there’s no reason to expect the price to double “overnight” or “instantly.” That’s just a little hyperbole for you.

And what is it Hodge is touting?

“One that has nothing to do with commodity futures or ETFs.

“Instead, there’s a small group of producers poised to soar 10 or even 100x over, driving the biggest overnight gains of the year.”

And, of course, at the heart of the tease is “one tiny stock” ….

“You see, there’s one tiny $0.50 ‘fuel stock’ sitting on what’s about to become the very first primary producing mine of this critical fuel in all of North America.

“This mine will become the necessary ‘go to’ for all of our demand.”

So the story is largely about China, as is almost always the case with natural resources companies and trends:

“You see, not only is China the world’s biggest consumer of steel…

“And the biggest user of vanadium batteries…

“It also produces more than HALF of the world’s vanadium. And three-fourths of its exports.

“In short, the world’s supply of vanadium is about to completely VANISH.

“All just as Trump is ramping up his military buildup and infrastructure plans.

“And America has NO domestic primary production of vanadium. Not a single primary mine produces the stuff.”

Then we get into the specific details of the miner Hodge is teasing:

Other clues about this “one tiny miner” that owns the project?

“Just recently, the Bureau of Land Management selected this project for fast-track permitting as part of a Trump initiative to bring more domestic resources online faster.

“That paved the way for this $0.50 company to become the owner of North America’s first primary vanadium mine.”