Sleuthing out the first teaser pick from Disruption Investor

The RiskHedge folks are starting a new newsletter called Disruption Investor, and they’d like you to be a “founding subscriber” ($49/yr) — it looks like this will be one of those technology-focused “entry level” newsletters, helmed by Stephen McBride.

What do I mean by “entry level?” Some publishers call this their “front end” — they’re the lower cost letters that sometimes make a little money but are mostly used to build a list of “people who are willing to pay for investment info,” since those folks are very valuable to marketers and are the best audience for the “upgrade” or “back end” services that cost 20-100X as much and generate most of the profit for many publishers. Pretty much all publishers have a $50ish newsletter that they use to build their mailing lists and funnel subscribers up to their much-more-profitable $1,000 or $5,000 newsletters — and “tech stocks” are often the focus of these letters, since they help attract attention from novice retail investors.

And like so many other newsletters, Disruption Investor is promising to deliver a hot new investing idea as part of their pitch to potential subscribers… and they drop some hints to tantalize us.

So our job, of course, is to go through those hints, identify the stock for you, give you enough info that you can begin to think for yourself about the company… and then, well, you can decide whether or not you want to buy the stock, or whether you want to subscribe to the newsletter — hopefully without all the additional pressure and bias that comes from the heavily pressured marketing language in the ad.

Let’s give you a little taste of the ad, just to get you revved up:

“Instead, it’s a smaller American company whose stock is set to DOUBLE every 2 ½ years.”

“Maybe that’s why I hit a sore spot last December…

“That’s when I publicly predicted that, as an investment, Netflix’s best days are behind it.

“Over 2.5 million people stopped by Forbes to read my prediction….

“Sure enough, Netflix’s stock tanked 42% after I warned folks not to buy it.”

I’ve never owned Netflix because I haven’t been able to stomach the valuation, so I’m no wide-eyed bull when it comes to that stock (and my portfolio has been hurt because of it), but that assertion is worthy of a double-check — he did post a negative piece about Netflix, though he did so on December 10 and claimed in that piece that he told his subscribers “Netflix is going to get crushed” back in July, when it was near all-time highs around $400.

I don’t know if that’s true, we don’t have access to his old recommendations, but in that Forbes article he said Netflix is worth $190-200 per share (it was around $275 at the time, during the decline we saw in all tech stocks in the fourth quarter) and that Disney (DIS), soon to be a streaming competitor to Netflix, was “heading for 170”).

So, since he’s claiming great prescience, what have those stocks looked like since he wrote on December 10? Here’s the chart — Netflix in orange, Disney in blue, and the S&P 500 in red: 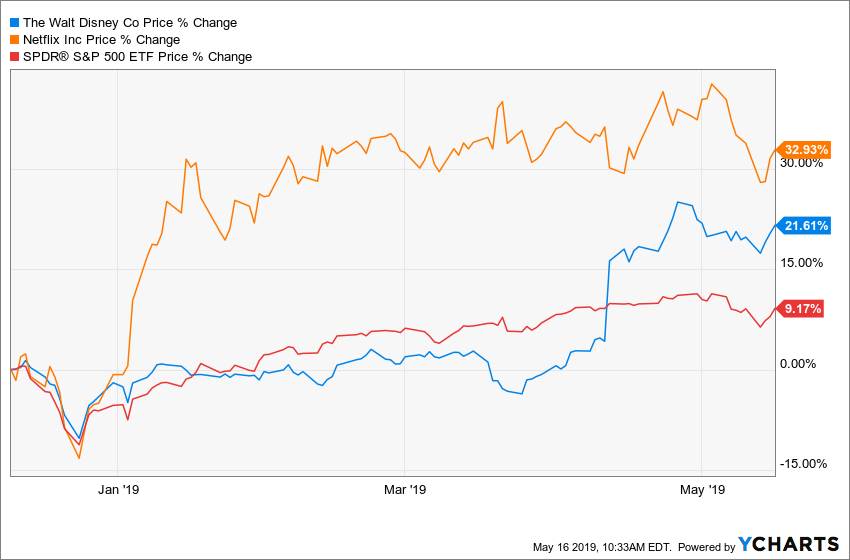 I own Disney myself, and it’s doing well and I’d obviously choose the stock over Netflix, too, but performance-wise, it’s no Netflix… at least not yet. That doesn’t mean McBride is wrong about the long term, but it serves as a reminder that we shouldn’t take any short-term predictions very seriously, no one is consistently very good at getting them right, no matter what their ads say.

So with that little caveat out of the way, let’s see if we can identify his “Netflix’s Nightmare” stock idea.

“Netflix needs two things to keep up with bandwidth requirements….

“One is data centers to store the content. I just explained how Amazon actually controls those.

“The other thing Netflix needs are networking switches.

“But instead of routing trains, network switches route data.

“They send the right shows and movies to your TV.

“It has to buy them from the ‘Netflix’s worst nightmare’ company I’ve been telling you about.”

So the Netflix connection is that this teased company sells switches for data centers, and Netflix needs more switches to keep expanding its ability to provide content? That makes the word “nightmare” seem a bit misplaced, but let’s get some more clues…

“… if you’re an investor hunting for big, safe profits, it’s this switch company you should pay close attention to.

“It’s crucial to the growth of companies like Netflix and Amazon.

“Which is exactly why, according to my research, this switch company is set to double every 2.5 years for the foreseeable future.”

OK, so that’s actually a fairly rational forecast — at least in the context of newsletter promos. They often promise 1,000% returns or life-changing profits, so “double every 2.5 years” sounds almost reasonable. That’s only a compound annual growth rate (CAGR) of about 32% a year… which is REALLY, REALLY GOOD and enough to really goose your portfolio if you can compound those kinds of earnings for a long enough time, but 30% a year is not usually the stuff of daydreams