Rating: 2.5/5. From 14 votes.
Please wait...
2.3
Rating from 38 votes
If you’ve subscribed to FDA Trader, please click the stars below to indicate your rating for this newsletter, and please share any other feedback about your experience using the comment box below.

I have been in this service since its start. The author keeps making promises of excessive returns when a new drug takes off. So far, 4 months, there has been no explosion even after his advertised date of a great takeoff for the stock. Some stocks have dropped considerably and in the past 2 weeks many have fallen. Lots of talk but not much action.

Author is biased toward shorts of his reco’s, that is the only logical conclusion I can make. Have been with service since inception, and everytime he makes a reco, the stock drops large!

Lots of talk but very little action. The author keeps saying that he will make money for his subscribers. I’m beginning to doubt I will only loose money after I pay the high fee for the service. Avoid!

Agreed. All losses except GILD,CELG, and BMY and I don’t need somebody to pick blue chip leaders for me. Anybody can see these are long term holds. DTRX was way up and should have sold but he says to hold then it crashes. Could have made almost $3k on that one ended up losing $700. Today he wants his subscribers to buy TKMR and BCRX because he believes Ebola is going to spread across the U.S. Yesterday he said don’t buy wait for the hype to settle down. Whatever I think he is throwing darts at dart board with ticker symbols on it.

It seems that folks are in the need to make immediate winners as soon as a stock is touted by a newsletter. I subscribed to the FDA Trader and bought four of the recommended stocks when the newsletter came out. In a period of less than 6 months I have had winners from all the picks – KYTH + 57%; IMGN + 58%, RVNC +63%; INCY +93%
This is a pretty good track record, and so I believe folks need to give time for the picks to work out and given that we are in a very bullish biotech market, and with a company’s outcome dependent on an external regulatory body (like the FDA) it may take time to get these results. All in all this has been outside of the Stansberry Research newsletters, the best for me.

Joined the service when it was launched. I spend a lot of time with the FDA trader recommendations. But it has payed off. I am pretty close to doubling my money in march of 2014 (started with 5K now nearly 10K). The service works for you BUT you have to work with it.

Mampilly’s hysterical style was hard to take and I was glad when he an Agora parted company. But I did learn something during that brief time. The whole medical development space is the ‘buy the rumor, sell the news’ sector on steroids. The nice thing is that the timing of almost all of the catalysts are provided, many are scheduled. You trade around them. Some of the issues, not all, are optionable. Covered calls and protective puts are the order of the day.

Ray Blanco seems (to me anyway) easier to take. Yes, there is some sense of urgency in his recommendations. He appears to have a grasp of the science behind the reco. There are a ton of phrama, device, and biologic companies out there. I treat Blanco as the first filter on a stock screener. The key in this space is: 1) don’t let small losses turn into big losses – i.e. tight stops 2) hard core position sizing. After there is a spike after a catalyst, watch the price action like a hawk and adjust the stops on every new high (basically a mental trailing stop). Basically standard trader discipline, but where you really really have to adhere to it.

Like all services this is a ‘don’t let the editor be a substitute for your own brain’ situation. Don’t wait for a sell reco to come out. After a spike almost always price will eventually go down and hit your stop; sell all or part of the position. A few days later Ray will issue an alert that is either a sell reco, or a be patient this is an air pocket hold on tight, or a gift has been given buy the dip. Well, you have already taken some profit so…. For the sell, you have done better than the fold that have waited. For the hold you wait until price is lower than your exit price (plus trading costs) and re-enter on a bounce. Similarly, for the buy more, re-enter on a bounce – maybe a bit more aggressively. Of course, re-entry only happens if you still believe the initial investment thesis. The bounce needs to pass your definition of a significant bounce. On re-entry what happens is you maintain your position, but reduce your cost basis. The largest percentage of holdings in my portfolio that are marked as house money positions come from FDA Trader (OK, that sounds impressive, it is 3 out of five).

Not bad, the biotech index (IBB) is only up 40-50% since March of 2014 (that was a volatile month, it depends on what day you started). Didn’t Paul Mampilly run this newsletter at first, before leaving (for Stansberry, then for Palm Beach?) Blanco seems to have ended up running a bunch of tech and biotech newsletters that were launched by other Agora folks. 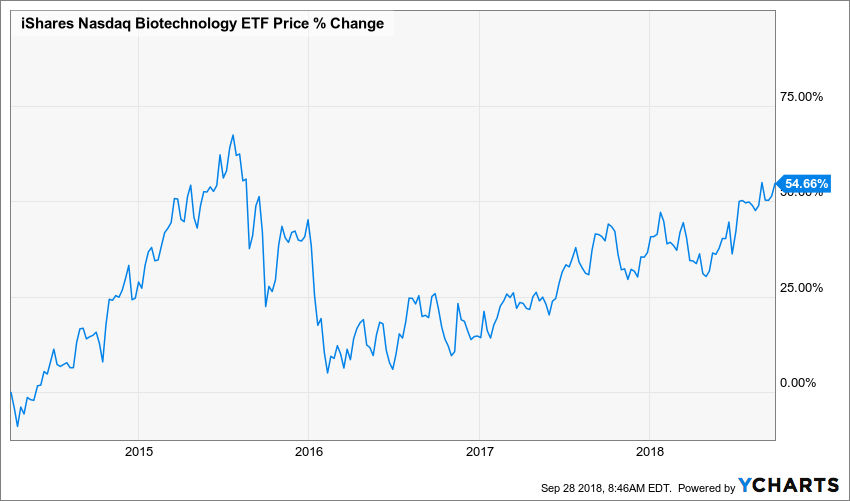