Things have been a little slow here as your favorite Gumshoe puts in some sweat equity for our kitchen renovation project this holiday week, so please accept my apologies for not having written for a couple days. But I’m not completely drowning in dust, so I thought I’d take a moment to get a teaser answer out to you today — this one generated a few reader questions thanks to the “IPO” reference and, of course, to the Bill Gates name, which seems to be ever more a lightning rod.

The spiel is from Chris Wood for his Healthy Returns newsletter ($49 year “on sale” at the moment), published by Mauldin Economics. That’s an entry-level “healthy advice plus health investments” letter, something several publishers have tried, and I’ve only covered it once before, when Wood was pitching Esperion as his 10-bagger for 2020... and that one didn’t work out particularly well (yet, at least), so we can let that be our calming influence as we get revved up by the pitch today.

Here’s how he gets us going in the spiel…

“My #1 Top Stock for 2021 sits in the sweet spot right at the intersection of the two most powerful money-making trends on the planet.

“Healthcare and Technology. This little-known software company is disrupting the pharmaceutical industry.

And the Mr. Softy connection…

“Bill Gates, the software king, is a HUGE backer of this company. He’s poured in $301 million in venture capital already!”

We also get some other validation, since apparently these guys already have partners and connections…

“… the top 20 Big Pharma companies such as Biogen, Bayer, Johnson & Johnson, and Pfizer are very happy customers of this breakthrough software company. You may recall Pfizer was first to announce an effective COVID vaccine in record time—after only 10 months in development!

“It’s possible this company’s software played a major role in Pfizer’s ability to bring a vaccine to market so quickly….

“In addition to the top 20 pharma companies, 1,250 academic research institutions also license the company’s software. The company has a jaw-dropping 96% customer retention rate.”

“Revenue growth rates in 2020 for this company have been a staggering 35%. And I believe growth would have been even stronger without the COVID headwinds.

“In 2020, this company made its public debut raising $232 million in its IPO. In less than a year, this company’s price has already rocketed 245%! Market cap is now over $6 billion.

“And Bill Gates is one of their largest shareholders with a 12.5% stake. Gates now owns almost seven million shares of its stock….”

And another celebrity investors is an endorser of this one, too…

“Citron reportedly told its elite clients that investing in this company is like ‘investing in early Tesla, only better!’ And look how well that turned out for early investors….

Schrödinger is deeply committed to investing in the science and talent that drive its computational platform. Schrödinger was founded in 1990, has over 400 employees and is engaged with customers and collaborators in more than 70 countries. 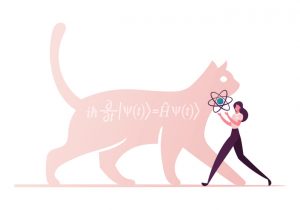 The company has been around for 30 years or so, and did indeed get early investments from David E. Shaw about 20 years ago, then from Bill Gates about ten years ago, and they’ve gradually built through collaborations and have sold, spun off or partnered off a number of drug discovery projects. The Bill and Melinda Gates Foundation has sold off a few million shares of SDGR over the past year, but they remain the largest shareholder (I haven’t checked to see what Gates paid over the years, but they currently own ~7 million shares of common stock after their last sale of two million shares in November, plus another ~9 million limited shares that they can convert to common stock as they like).

The reason for possible optimism is probably from Schrödinger’s drug development collaborations, not just from the software sales and licensing — they can do quite well from selling their software and their analytical and materials science prowess, and there is some potential for that to snowball as they get more partners using their technology and then build that into more collaborations, but with revenue growth of 30% and a price/sales ratio of almost 70, investors are clearly expecting more than just a solidly growing software company. The software sales are the foundation, the upside excitement will come either from many years of that software snowballing into a larger part of the market, something every drug developer needs… or, as seems likely to be the focus right now, from commercializing the technology in specific molecules by developing drugs that lead to meaningful royalties.

The latest bullish surge in sentiment came after they made a big deal with Bristol Myers (BMY) in November, and some of their collaborations have led to approved drugs in the past.

The technology sounds pretty cool, frankly, with the focus on physics and the ability rapidly screen protein structures and molecules and let the sof