Looking for a 'Proprietary Algorithm Powerhouse' and a 'Data Science Dynamo'

This is an ad I actually haven’t seen, but a couple readers have sent in questions that include some clues, so we’ll try to solve them for you.

That means, by the way, that we’re being a little bit unfair — since I haven’t reviewed this full ad, what we’re quoting from is hearsay… it definitely won’t hold up in court 🙂

But I know that a lot of folks love hearing about Motley Fool ideas… and the last time we looked at a Motley Fool IPO Trailblazers ad, back when they were touting “FAZER” stocks as the “next FAANG,” their timing turned out to be exceptional… that was back in early March, and they teased Fastly (FSLY), Appian (APPN), Zoom Video (ZM), Elastic (ESTC), and Roku (ROKU), and most of those dropped by nearly 50% in the few weeks after the pitch — but bounced back insanely quickly, and the WORST of those is now up 40% in the six months since I wrote that piece… 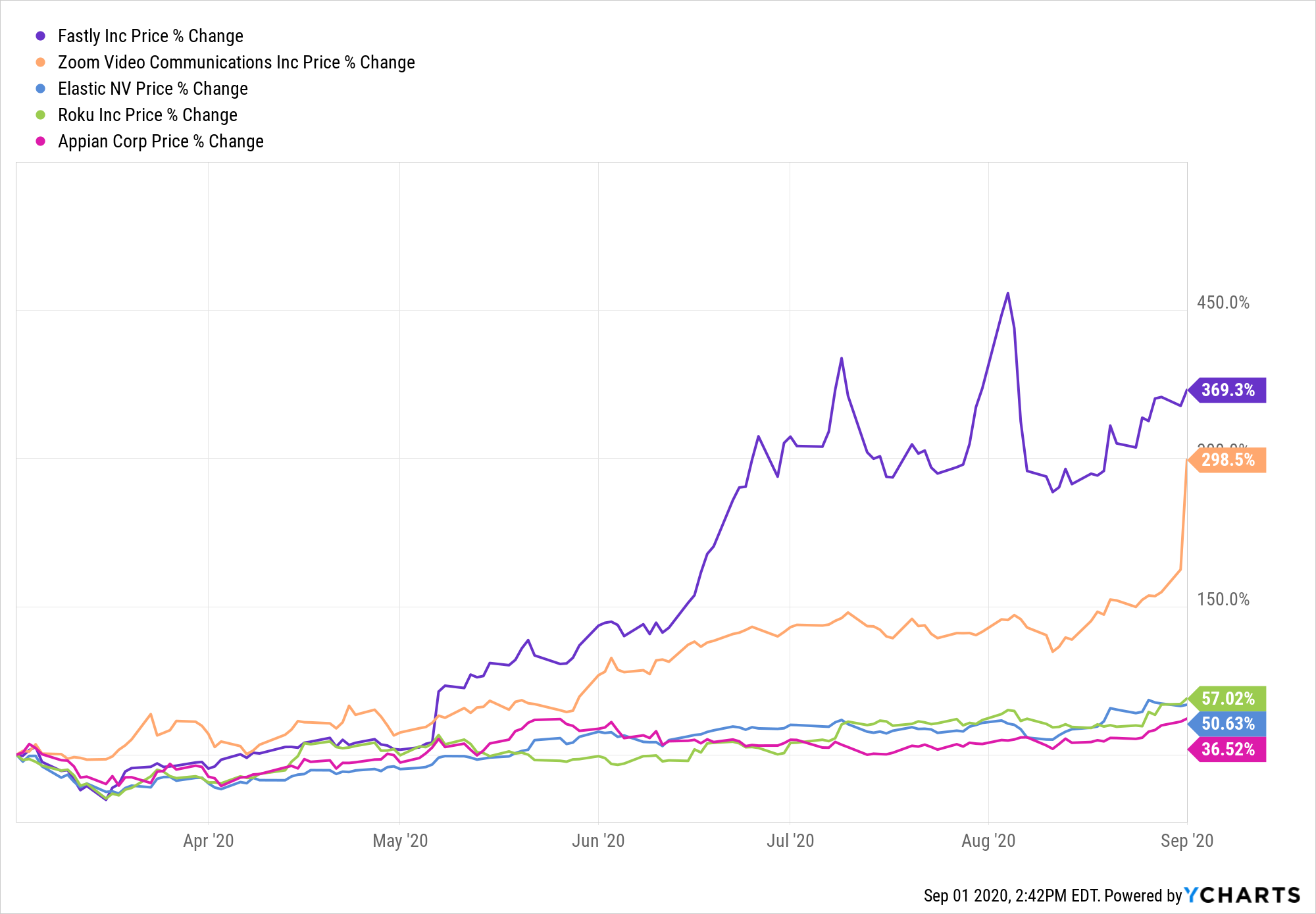 So I imagine that’s why folks want to know more — what else is being recommended in this “IPO Trailblazers” service?

Again, we’re dealing with some secondhand teasing here… but these are the clues dropped in our lap by readers:

“Here’s just a quick taste of a few recommendations you’ll find in the IPO Trailblazers service:

“The ‘Proprietary Algorithm Powerhouse’ – Shareholders have barely had a second to catch their breath (or count their profits) since this algorithm-based company had its IPO in 2016 and soared by more than 750% in the years that followed.
Here’s why: This tiny West Coast company’s proprietary platform has empowered it to rapidly grab market share and skyrocket revenue at a staggering +50% rate for the past two years in a row.

“Despite the sensational run this stock has already taken investors on, we’re convinced this is just the beginning. Because this upstart looks like it’s got a vice grip on a fast-growing industry that’s expected to nearly DOUBLE in size by 2022, and we can’t wait to take the ride with them.”

That’s very likely, sez the Thinkolator, to be Twilio (TWLO), which has had some ups and downs in its four-year life as a public company… but has re-accelerated the growth recently, to the delight of investors, with revenue growing 77% in 2018 and 62% in 2019 (after “only” 45% in 2017, when they disappointed a bit — it took the stock two years to surpass those immediate post-IPO highs of 2016).

And the stock was also a little depressed going into COVID, with some disappointment as the revenue growth slowed again for a couple quarters… but the COVID boost of “work from home” helped to restore faith in all the cloud stocks, pretty much, and Twilio has been riding that excitement, with its share price up 75% this year so far.

Twilio is not perhaps as outlandish and direct a beneficiary of the “remote work” world as Zoom Video, but it’s definitely helping to increase the demand for their communication tools — and some parts of the business, like their support of telemedicine, were really given a chance to boom when they probably would have fizzled in a 2019 world. If you don’t know the company, they basically provide an API platform for designing communication apps, including those that are algorithmic in nature (think “chat bots”) — this is how they describe themselves:

“Twilio’s mission is to fuel the future of communications.

“Millions of developers around the world have used Twilio to unlo