“Bigger Than the Internet: Profit From This Red-Hot ‘Time Machine’ Stock”

Nothing beats a time machine for getting rich — if we learned nothing else from Back to the Future 2, we at least know that. So what is this “Time Machine” stock the Motley Fool folks have been touting?

It’s not about going back in time and betting on football games with the benefit of a future Sports Almanac, I’m afraid — that appears to not be a newsletter service anyone is offering — but about kinda “going back” and getting in on the first stages of the internet revolution with a new investment.

Less exciting, right? Well, this “second chance” stock idea, from David Gardner and the Motley Fool Stock Advisor folks, does also at least name-drop Bill Gates (something a lot of newsletters have been doing lately), and (spoiler alert!) the stock they’re touting is more nicely-priced than it was a few months ago. Come along with us on our journey of discovery, and we’ll get you some answers (and maybe even some opinions).

Here’s the intro that’s been catching the attention of Gumshoe readers:

“Second chances in life are rare…

“But if you missed buying some of the defining stocks of the Internet era (and the MASSIVE returns that came with them), that’s exactly what the market is now giving you…

“That’s because of a technology that got its start as a little-known gadget in Bill Gates’ $147.5 million mansion…And has now morphed into a massive new tech market that General Electric puts on par with the Industrial Revolution.

“Not only that, experts believe it could be 37 times BIGGER than the Internet (seriously)… 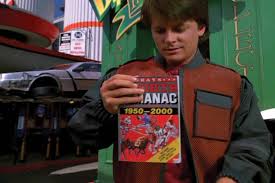 This “little-known gadget” in the Gates mansion is the tracking pin that every visitor receives, which allows the house to be “smart” and to know what temperature to make a room when you enter it, which lights to turn on or off, which art to display on the wall screens, etc. — very futuristic stuff when the house was built, for sure, and still impressive (but far cheaper to implement) now.

So yes, this is another “internet of things” pitch, I expect — the growing interconnectedness of all things electronic, and growing army of sensors and controllers that can communicate details of their existence to the internet consistently, allowing you to control your home from your phone or, in more industrial applications, have sensors on every aircraft wing, automobile part, piece of highway, etc.

Here’s the basic Motley Fool take on why this will be so big:

“Even in today’s high-tech era, technology is still dependent on us to tell it what to do.

“Leaving the house for vacation? You need to set your thermostat to energy-save mode.

“Want to avoid traffic when driving to work? You need to input your work address and take the correct detour.

“Wondering what your blood pressure is? You need to check it yourself.

“With the Internet of Things, technology can now solve all of the above problems with no input whatsoever from you.

“Simply put, this is the shift from the ‘old Internet’ to the ‘new Internet.'”

And, of course, there’s a secret stock that they think we must buy — the ad is signed by Brendan Byrnes, an investment analyst at the Fool, but it’s about a stock picked by David Gardner for the Motley Fool’s Stock Advisor newsletter — here’s what Byrnes says about the pick to get us salivating:

“In an era where the so-called academics have been preaching that beating the market is impossible, David Gardner has been proving them wrong time and time again for 12 years running.

“That’s why I’ll never forget when David recently told me all about the Internet of Things… and explained why he saw a trend on par with, or even bigger than, the Internet.

“And not only that, but he also walked me through a stock that is in the absolute perfect position to take advantage of this massive new market.”