What's the "Backdoor" into "Immediate Retirement Fund Payouts" being teased by Teeka Tiwari?

The latest ad from Teeka Tiwari for the Palm Beach Letter is pushing the idea that you can somehow collect some incredible monthly income with an “off the books” retirement income source… here’s how it’s introduced:

“Now, For the First Time Ever, a Former Wall Street Hedge Fund Manager Reveals How You Can Unlock the Secret ‘Backdoor’ Into…

“And collect up to $11,334 per month thanks to this “off-the-books” retirement income source that pays retired congressmen and government insiders millions each year…

“They’ve been praying you’d never find out about this…”

This digs into a rich source of discontent among folks who feel like they haven’t gotten a “fair shake” in life, who are angry that, as Tiwari puts it, “everybody knows our public officials rig the system in their favor.”

And he says there’s a special way that they “rig the system” that you can benefit from.

“… less than 1% of people realize how Washington D.C. has rigged retirement—and left you out in the cold….

“… it’s called an Application for Immediate Retirement—also known as SF 2801.

“A private pension system which almost no one has heard of, because it’s only open to members of the U.S. Government.

And he says of this “Immediate Retirement Fund” …

“… within 30 days, it can give you immediate access to all the income you’ll ever need for retirement, without working another day in your life….

“Recipients of this fund receive a huge benefit up to $11,334, every month… guaranteed.”

That’s all a reference to both Congressional/Presidential pensions and, further into the ad, public sector retirement pensions — like the pensions that local VA nurses or postal employees or government office workers earn. Some of these are Federal, some are state-based, and they’re all employment-based annuities. 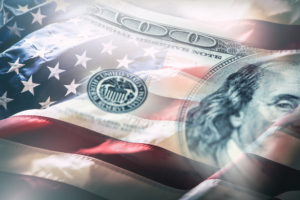 You, obviously, can’t get one of those if haven’t served in Congress or worked as a government employee… and if you’re retired from a state job in New Jersey or Illinois or some other state that’s more bankrupt than the rest, you’re probably worried about the pension benefits you earned actually being paid.

Or maybe you’ve already got a pension from some private source — they’re rarer now and have been phased out at most companies, but there are still lots of retirees or near-retirees who depend on corporate pension plans for their future income.

A pension plan is just a defined benefit retirement plan — you sign up or are signed up by virtue of your employment, and your employer promises to pay you a certain amount of money each month or each year after you retire. Usually the amount is based on how many years you work, and what your average salary level is as you near retirement, and money is usually taken out of your paycheck to help cover the cost of that perpetual future income stream — as opposed to the “defined contribution” 401(k) plan that is far more popular among employers now because it puts the risk back on the employee to manage their future income.

This is not “free money,” it’s the retirement that was promised to those workers — you can argue about whether it’s justified or not (particularly the Congressional pensions, which have often been egregious), or whether it feels fair, but they played by the rules and, on average, they sacrificed salary (which is often higher in private sector employment) in order to get better benefits (like a pension) and a more stable work environment.

That’s a deal that many of us probably thought about at some point in our lives — do I take the risk of a harder job, or a more competitive job? Or do I take the stability of the government job with a pension? Do I stick with this job that I hate, with terrible coworkers, so that I don’t lose this pension? I’ve had a couple jobs where a pension was an option for me, but I opted out in order to get the “you can take it with you” 401(k) contribution instead, because I knew I wouldn’t be in that job for the 30 years that would make the pension worthwhile. Nothing is free, and people who have pensions are not, for the most part, scamming anybody — you can argue about the Congressional pensions for disgraced and jailed politicians or those who quietly voted in higher payouts for themselves and tried to keep it quiet, of course, but those are just the attention-getting crazy ones.

I’ve gotten off track a bit, though — why does Teeka Tiwari go on for so long in talking about these crazy “Immediate Retirement Fund” pension plans that sound so appealing? Because he’s got a secret deal to give you, just as soon as you pay for his Palm Beach Letter subscription. That’s what “free” means in this world, by the way — pay to subscribe to my newsletter, and then you get a “free” report.

So what’s the deal here? Another taste of the pitch:

“The ‘Immediate Retirement Fund’ is like Social Security… only on steroids.

“But there’s a problem. Because of a clause in this same document, you are FORBIDDEN from ever taking part in the government’s official program. By law.

“I have just completed an investigation. And I’ve found a completely legal ‘backdoor’ into the ‘Immediate Retirement Fund.’

“And believe it or not, once you know what it is and how it works, you too can collect up to $11,334 in extra income every month.”

This is a good time to remind you, dear listeners, of one of the rules of investment newsletter teasers: If it’s in quotes, that means “I’m lying.”

So odds are pretty good that it’s not an “Immediate Retirement Fund” … and there isn’t a “backdoor.”

What other details do we get about this “backdoor?”

“Start now, and your first ‘Immediate Retirement payout’ could be deposited in your bank account within days. And the money will continue to arrive every month…

“For the rest of your life.

“And it won’t affect your Social Security benefits. You won’t lose a dime.

“Quite simply, ‘Immediate Retirement payouts’ come from a special source in the private sector. Meaning this extra income is ON TOP of any benefits you currently receive.”

Sounds perfect, right? How do we get these payouts? Where does this money come from? It sounds like it’s free! Wooohooo! My retirement is saved, all I needed was this $99 Palm Beach subscription!

Oops, sorry, got ahead of myself there. More hints about what this “immediate retirement payout” is?

“You scroll through a special website. You fill out a form with your basic information. And you click a few buttons.

“Instantly, you’ll be presented with a full run down of every ‘Immediate Retirement Fund’ available… including how much it will pay you every month, down to the penny.”

That’s it? It’s like a dream come true, how do I sign up for these funds? Where does the money come from?

“Take one ‘Immediate Retirement Fund’ headquartered in Philadelphia. It’s been in business since 1905.

“In fact, it wants to pay you.

“Its business depends on it.

“Understand, these particular funds are in a simple business… the business of acquiring valuable income-producing assets. And then dispersing that income to people like you.

“The first ‘Immediate Retirement Fund’ you can apply for, as you’ll see in The Black Book, is an absolute treasure trove.

Maybe it’s not really just a free pile of money that I can get because I’m friendly with Teeka Tiwari?

Yes, I’m afraid it’s true… this is not magic. That “Immediate Retirement Fund” headquartered in Philadelphia is Lincoln Financial… an insurance company.

And “Immediate Retirement Funds” are, as you may have surmised, annuities.

Not that there’s anything wrong with that, but if you scroll through the ad I don’t think you’ll find m